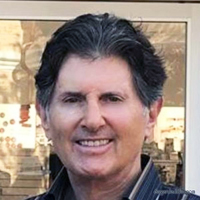 Bob Selvin doesn't mind being known as a "specialist" as a professional handicapper following the Southern California racing circuit for more than 30 years.  "After all," Selvin says, "if you need heart surgery, you go to a heart surgeon.  I'm not a jack-of- all trades.  I like to think that I'm just a master of one."  That's why he just covers Southern California and doesn't spread himself thin by covering other racing venues.

What Selvin does have is an uncanny sense of finding value and hand crafts a fair odds line for his contenders in each race...something the great majority of professional handicappers who offer their selections to the public do NOT do.  "There is no way you can be successful and profitable at this game unless you are completely aware of determining a good price (overlay) or a bad price (underlay).   You have to KNOW when to dive in, just play or pass a race," claims Selvin.  And it's that vital point…making his users aware of the odds… that separates his analysis from other handicappers who sell purchasable products.

What tools does Selvin use?  Computer programs, replays/trip notes, workouts (from Selvin's in-house private clocker Andy Harrington). He will often cite key workouts or information he gleaned off watching replays or stats from BRIS within the content of his analysis.

The end result is a no holds barred, call 'em as he seems 'em daily report, knocking horses (calling some “morning line underlays”) or pumping their chance but most importantly with an emphasis on price and value.

Bob has had a long and interesting career since the mid-70's in thoroughbred racing.

He started out as a handicapper for Daily Racing Form (then located in Los Angeles on Bimini Place) where he gained much insight working alongside DRF's late renowned "Bloodlines" columnist Leon Rasmussen and the rest of the DRF staff at that time.  Thereafter, he was a jockey's agent for a short time.

With an idea in mind, he created and began publishing  "Handicapper's Report" in 1976 and became partners with Jeff Siegel.  It was Selvin who created the template for Handicapper’s Report’s white (ratings/trip/trouble) sheets, which still exists today under different ownership.

With Bob and Jeff's expertise, the Southern California racing publication grew rapidly and was a big success for many years and caught the eye of many owners, trainers and handicappers with trip and trouble notes, speed ratings influenced by pace, and horses to watch, making it the first publication to offer private clocker's information to the public. Many trainers came aboard to endorse this (at that time pre-internet) one-of-a-kind publication and the late great Bobby Frankel was one of the first. And in those days, it went out by postal mail!

Bob and Jeff's success and credibility gained from published HR also turned into a long run of hosting live handicapping seminars at restaurants near Santa Anita, Hollywood Park and Del Mar for many years.  The weekend live seminars were fun and often times featured a leading trainer as a guest handicapper as well.  The live seminars also gave Bob and Jeff a chance to mix and mingle with many of their longtime subscribers. But when the internet began, live weekend seminars made their way out.

In the 1980's, Bob and Jeff began a five-year run as host and co-host of the popular, primetime TV show, "Handicapper's Report," which was seen weekly throughout Southern California at the time on Channel 56 (KDOC)…the same station, at the time, the tracks sponsored a 30-minute replay program (still no internet!).

During that time on the air, they also produced and hosted a number of TV specials on the Kentucky Derby and Breeder's Cup.

During that period and as the years progressed, Selvin and Siegel got into owning horses and campaigned many thoroughbreds, including stakes winners, Nigreta’s Pleasure, Gracias, Forever Faithful, Invoke, Little Mo, Floriano. They spearheaded various partnerships that included such notables as late actor John Forsythe and the late great Hollywood producer-director Martin Ritt. Among their trainers were Gary Jones, Eddie Truman and the late Bobby Frankel and late Kentucky-Derby winning Ed Gregson.

In 1989, the partners launched National Turf, and it quickly became Southern California's most well known and respected thoroughbred handicapping service.  Not only for the great information and other excellent handicappers that worked under National Turf's banner, but also for instituting a highly innovative "FREE REPLAY." At that time, the handicappers orally recited their selections and analysis into a phone system. After the races were over, callers were able to actually listen to how good...or bad...any of the handicappers did that day.  That was unheard of in the selection business.  But it silenced the doubters and proved to everyone just how much confidence Selvin and Siegel had in their own handicapping ability. This was back in the days of 976 and 900 pay per call lines!

National Turf's credibility factor went "off the charts" and has remained that way today, primarily due to Bob and Jeff's integrity and reputation, great personal customer service, along with FREE internet access to "How We Did in Recent Past Days" at the nationalturf.com website. Jeff has moved on, but the two remain great friends and huge UCLA football fans.

Selvin runs National Turf and welcomes all e-mail or phone inquiries and answers each personally.